Squinting from the sun’s silver rays, we swing through the new Beijing Hilton’s glass revolving door and meander up Hua Shan Road towards the nearest public park. My husband and I have heard that at sunrise each day the Chinese gather there to exercise, including Tai Chi and Kungfu.

The air is much cleaner than the warnings my friends offered unasked, when I told them I was off to visit China in May. I detect only ordinary city street smells, much like home. Exhaust fumes from small trucks mix with mildew in the already humid air. Otherwise the air is clear.

We wait for the signal to change at a busy intersection flanked by new glass skyscrapers and dingy gray storefronts. Bikes careen in crazy patterns around buses and beat-up vans. The Chinese steer effortlessly, zigzagging through the traffic. A few of them smile and wave at us. Surprised, we wave back.

I expected to see them dressed in traditional Mao jackets like the dated videos I saw before I left California. Instead, everyone is wearing cotton slacks, skirts and shirts in black, white, gray, brown, or even pastels and muted fabric prints.

We pay one Yuan each (about 12 U.S. cents) to enter the public park, pass through an imposing gate, and enter another world. Weeping willow trees shade wide expanses of bright green grass. Silence, except for the chirping of birds, surrounds us; though dozens of groups of Chinese men and women engage in various exercises.

We climb stairs up a sturdy white stone bridge, traversing a trickling stream that winds through the center of the park around alcove after alcove of white granite banks. Bushes snuggle around rocks. Poplar and willow tree branches sway in the morning air.

On the other side of the bridge, more Chinese citizens cluster in small groups, some with eyes closed, standing tall and still. They move their hands in circles over their tummies while soft, tinkling music encompasses their meditation. I think of waterfalls.

Our Chinese guide strides on and we follow. Around each boulder a new Chinese group appears. An old wizened gentleman in a white karate jacket and pants practices martial arts with an ancient sword in hand. A young man (perhaps his grandson) copies his movements in perfect unison.

Gentle, cheerful music flows out from an outdoor pavilion that resembles a rollar skating rink. Is that “Waltzing Matilda”? Sure is. Couples glide around the floor, moving in and out of the bright blotches of light the sun has spilled on the dance floor.

A clump of people surround two dance instructors, a sleek couple dressed in black and white. They strut and sway together, demonstrating. The crowd hesitates, then a few couples move onto the dance floor to try the new moves.

Next a German Oompa number picks up the tempo. A group of young, smiling Chinese women swing into a lively line-dance at the other end of the pavilion.

Over by the edge of the stream old men sit on park benches, each with a hooded package at their side. I watch as they uncover their treasures. Loud chirping distracts me and I search for the source. Hanging on several branches of nearby trees are other birdcages, each with a fluttering occupant. Our guide tells us that the old men carry their pet orioles to the park to compete. The man with the best songbird is widely respected because the Chinese treasure their birds as their only pet. Dogs and cats are taxed annually in China; the amount is as high as the tax levied for a child.

We move on through the trees and stop to watch a group following an elderly gentleman’s lead. They swing their arms in continuous exercises. Their eyes follow us, never missing a motion.

It looks easy, so we join in. The leader notices, a slight smile crosses his face. He swings into a new arm pattern and points to us. When we mimic him, he nods approval. The others welcome us with their eyes.

Only twenty minutes and I’m perspiring from these simple exercises. Even at this hour, the air is humid. A breeze ruffles my hair and I’m grateful. The upbeat music permeates the park. My spirits rise.

I won’t forget my first morning in China, Beijing at first light.

A native of California, Katherine Sartori lived in Connecticut for 14 years and enjoyed frequent trips to Vermont. 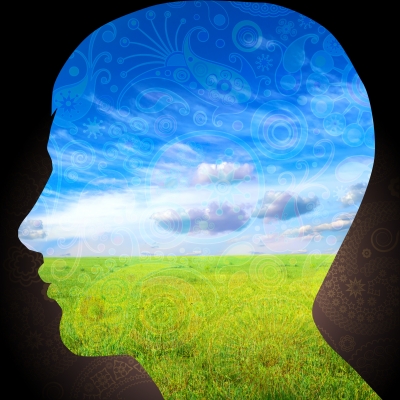 My unusual dream:   I was in a New York subway car alone. Suddenly the car swerved from the underground to a carnival place much like the county fair, and it stopped. Through the windows I could see crowds having fun. Vendors were selling cotton candy and hawking their prizes and teddy bears, asking people to try their hand at different games. I sat inside the subway car though, suddenly realizing I’d sat there for two whole days. Then I leaned over and noticed a hole in the bottom of the subway car’s floor. For some inexplicable reason, I reached down into the hole, which turned out to be a heavy black pipe full of yucky slime. I had to yank my hand to get it out, but then when I looked down at it, the diamonds in my engagement ring as well as the small one in my wedding ring were gone! I was shocked and wished I’d never done it! END_OF_DOCUMENT_TOKEN_TO_BE_REPLACED